Explaining the 80-20 Rule with the Pareto Distribution 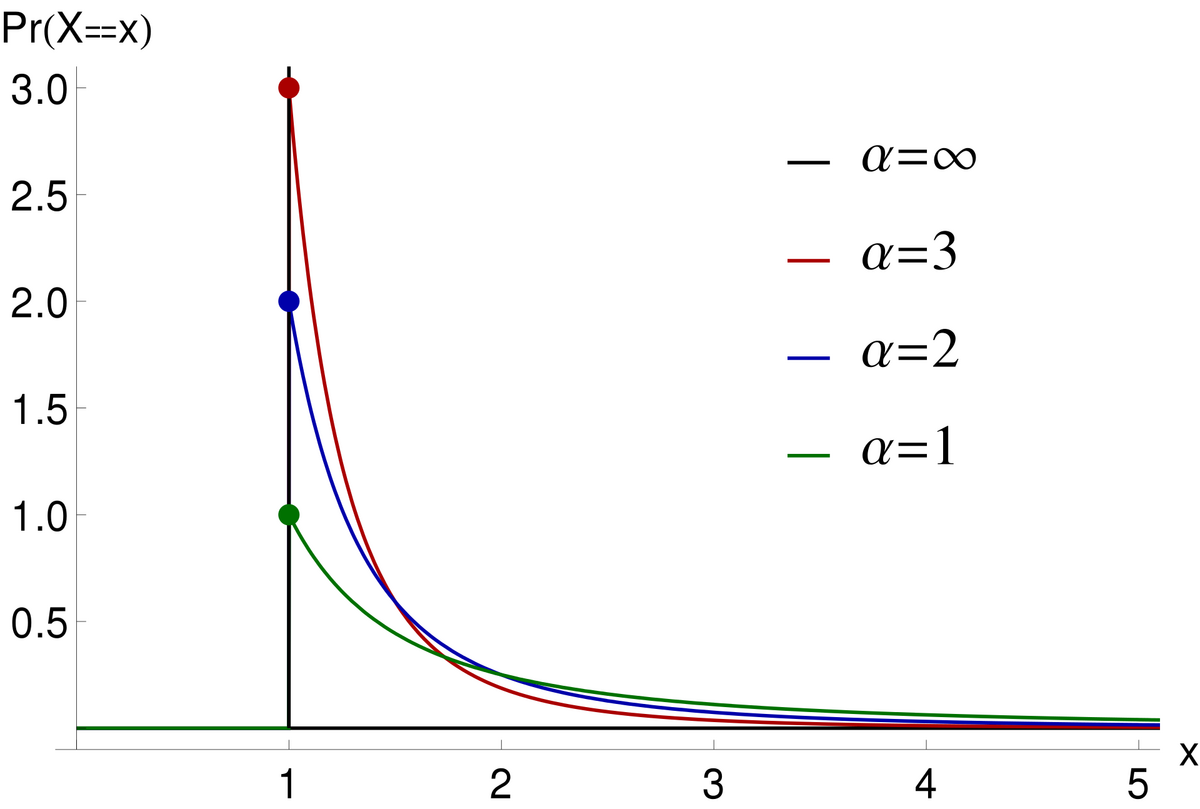 While not as well-known as the bell-shaped Normal (Gaussian) distribution, the Pareto distribution is a powerful tool for modeling a variety of real-life phenomena. It is named after the Italian economist Vilfredo Pareto (1848-1923), who developed the distribution in the 1890s as a way to describe the allocation of wealth in society. He famously observed that 80% of society’s wealth was controlled by 20% of its population, a concept now known as the “Pareto Principle” or the “80-20 Rule”.

When we plot this function across a range of x values, we see that the distribution slopes downward as x increases. This means that the majority of the distribution’s density is concentrated near Xm on the left-hand side, with only a small proportion of the density as we move to the right. For reference, the “80-20 Rule” is represented by a distribution with alpha equal to approximately 1.16. 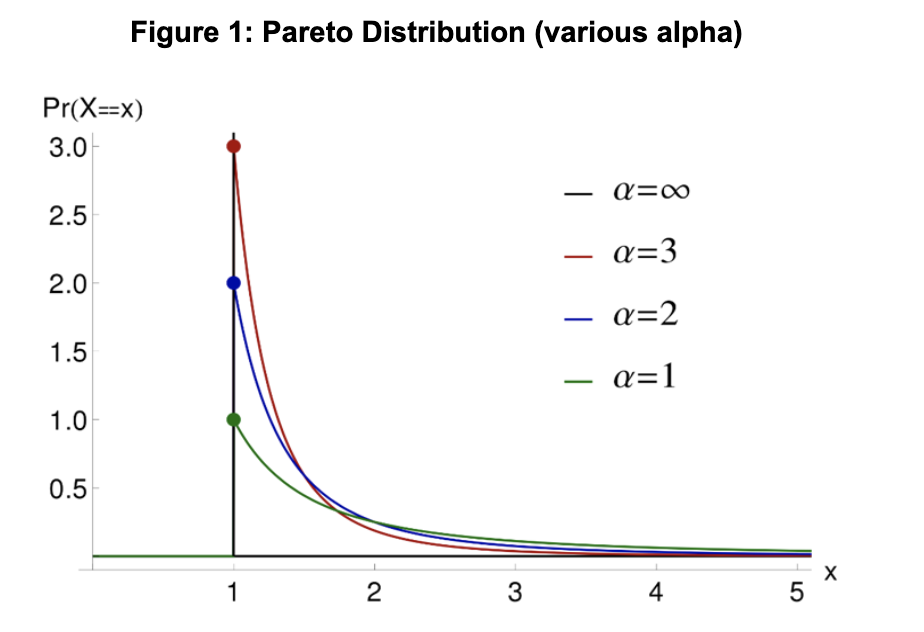 Pareto in the Real World

The Pareto distribution has major implications in our society. Consider its original use case, describing the distribution of wealth across individuals in a society. The vast majority of the world’s citizens are clustered at a low level of wealth, while a small percentage of the population controls the vast majority of all wealth. Policymakers may not realize that wealth is distributed according to a Pareto distribution rather than a normal distribution, and this gap in understanding could lead to suboptimal policy decisions in countries around the world.

Perhaps equally profound is the ability to model productivity according to a Pareto distribution (while productivity and wealth are both distributed in the same manner, their correlation at the level of individuals is a matter of dispute and varies by context). In most professions it is hard to precisely quantify a worker’s productivity, but Major League Baseball (MLB) teams are experts in exactly this exercise. Using the Wins Above Replacement (WAR) metric as an estimate of a player’s value, we can see that MLB players are able to produce wins for their team in a Pareto-distributed fashion. It is amazing that even among the best 1,500 baseball players in the world, they are still distributed in this extreme way. 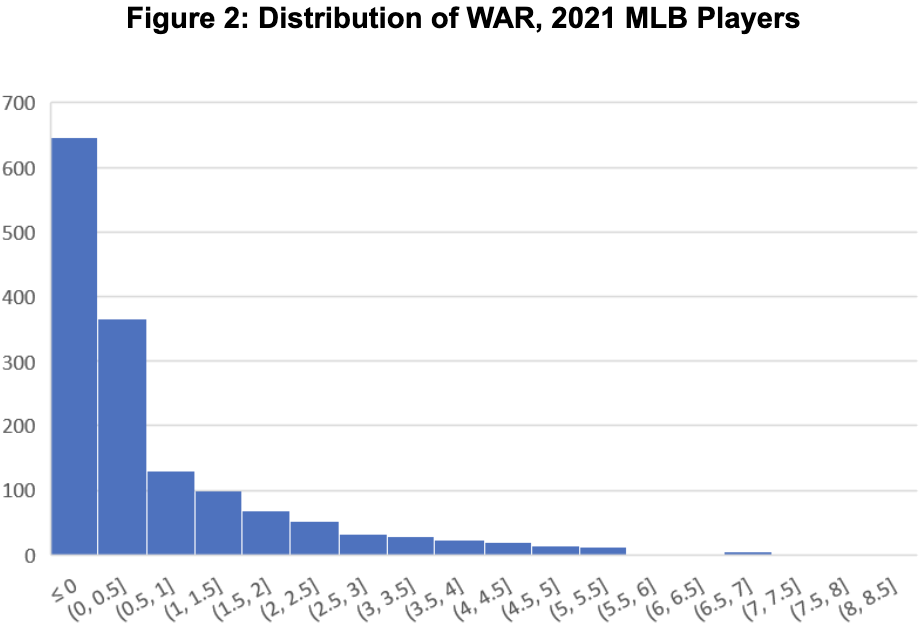 There is anecdotal evidence of the Pareto Principle in other professions, for example it is commonly noted that it seems like a small number of software engineers are responsible for the majority of important code written at a firm. There are other cases of Pareto-distributed instances: the size of cities, value of oil wells, popularity of songs and videogames, size of insurance claims, and much more. By better understanding the underlying distribution of the phenomena around us, we can build better models and make more intelligent decisions. The Pareto distribution is just one option for building this understanding, and it is a powerful tool.