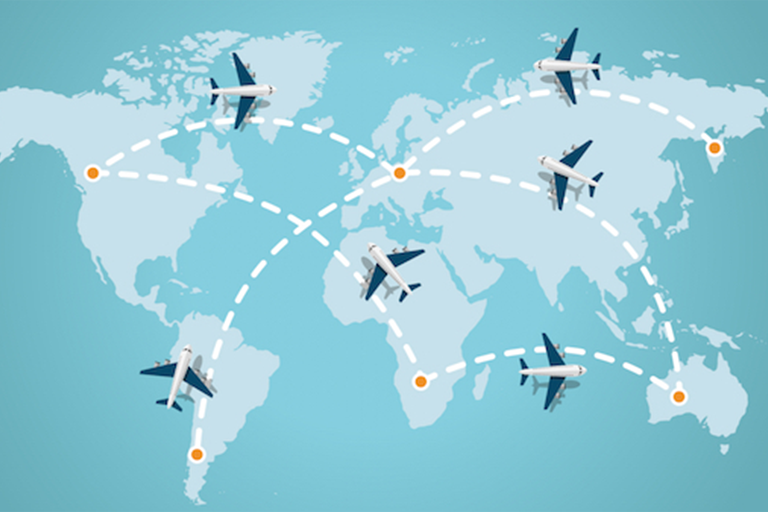 Intercontinental trips require multiple days of traveling, layovers, and more often than not, rerouting due to bad weather. While some may consider a storm to be a roadblock, others may take it as an opportunity to explore a new city and its culture. A year ago, a heavy storm hit the entire world; COVID-19 sent us into lockdown. Most of our activities were cancelled. We could not go to work, eat at restaurants, or gather in-person with our friends anymore. That forced us to take a step back and adjust to the new situation. It was an opportunity to engage in new activities that were previously out of reach. In my case, I decided to join the student organization that I long had wanted to be part of but had never found the time (nor the courage) to do so, called Beyond Academia (BA).

BA is a student organization run by ten UC Berkeley graduate students and postdoctoral scholars. Our mission is to empower graduate students and postdocs to expand their career options beyond the traditional academic tenure track. We host multiple events throughout the year, such as the Industry Speaker Series, career development workshops, and a 2-day professional conference hosted every February. Our flagship conference had always been held at the Clark Kerr campus, but the pandemic meant this year’s conference would have to be hosted online instead. That was a source of anxiety for the entire team. “What if no one showed up?” we asked ourselves in each team meeting. We pushed aside that thought and focused on working on the different events we had in our pipeline.

Throughout the summer and fall semesters, the team worked on sorting out all the details of the conference, selecting an online platform, and identifying speakers. The only pending task was publicizing the event. At the end of the fall semester, our team lead for media and advertising departed unexpectedly, and I was asked to take over the position. At first, I was frightened to step into such a vital role just as we were starting to publicize the conference. If the conference was not well attended, it felt like it would be all my fault. Looking back, that fear seems irrational.

After some deliberation, I decided to take that risk and step up. In the weeks before the conference, Angélica (BA co-director and logistics lead) and I sat down to map out an advertising strategy. In addition to our usual campus advertising strategies, we decided to lean into this new virtual world and asked the organizing team and speakers to use their social networks (via Twitter, Facebook and LinkedIn) to promote the conference. This proved to be a simple and effective strategy. Instead of no one registering - as we had feared - we had more than 3,000 registrants and were forced to close the registration to avoid overloading the online conference platform.

The first virtual BA conference was successful, beyond anything we had imagined at the start of our planning. Our in-person conferences have historically hosted 200 to 400 people. This year, we had 1,744 virtual attendees - some attending from as far away as Spain, Denmark, and Australia! It’s been incredible to have people reach out and thank us for organizing the event. Many attendees have talked about how empowering it was to hear from speakers who had relatable graduate school experiences and had then gone on to forge their own, unique post-PhD paths. We have even been asked if the 2022 conference will be hosted online again, so PhDs can attend from anywhere around the globe. The whole BA team was elated to receive these responses. The hard work each of us had put in over the last few months had paid off. We had overcome our anxieties and built an event that was changing PhDs’ lives.

Looking back over the past few months, the journey has been full of roadblocks, but also excitement and joy. Unforeseen circumstances can be gifts if you are brave enough to dive in and take risks. You may be scared and tempted to quit; so was I. I encourage you to hold on tight instead. Enjoy your layover while the storm passes. At worst, you will be distracted, and the storm will seem to go by faster. At best, you may find your layover more exciting than your original destination and never want to leave.